PRIDE CRUISE – BE SAFE, BE WELCOMED, BE YOURSELF

PRIDE CRUISE - BE SAFE, BE WELCOMED, BE YOURSELF
3 Nights 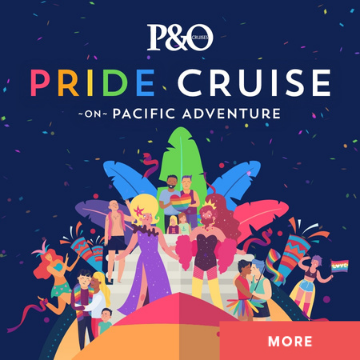 Proudly supporting organisations that strive for equality for all. Family, Gender, Culturally Inclusive and Sensitive

BE SAFE, BE WELCOMED, BE YOURSELF

P&O Cruises Australia has announced it will be flying the rainbow flag next year, with the launch of its first ‘Pride Cruise’ – a celebratory weekend at sea created especially for members of the LGBTQIA+ community, their friends, family and supporters.
Setting sail in November 2022, the cruise will give Australians the chance to join P&O in proudly recognizing individuality, diversity and inclusion in Australian society.
Joining P&O Cruises in the new sailing will be a raft of community organisations that support the LGBTQIA+ community through health, well-being and social initiatives. Onboard will be Bobby Goldsmith Foundation, Harbour City Bears and Queer Screen, which will showcase its first ‘Queer Screen @ Sea Film Festival.’
The home grown cruise line has also partnered with some of the best names in the Australian entertainment business to develop the three-night cruise, including talented artists and entertainers who are champions of equality.
Headlining the fun with plenty of feathers, sequins and flamboyance, will be international superstar, accordionist and Berlin boy-wonder Hans the German, the award winning comedy cabaret star who found fame on America’s Got Talent.
Hans will be supported by a stellar line up of LGBTQIA+ artists and comedians, with the cruise featuring specialty theme nights and sub-group get-togethers that will make the weekend on the high seas the hottest destination in the 2022 calendar.
Leading diversity trailblazers will join the cruise including Simon Dunn – the first openly gay male to represent any country in the sport of bobsled and a former Sydney Convicts gay and inclusive rugby union club player, who is now an ambassador for the Bobby Goldsmith Foundation, Australia’s longest running HIV charity.
P&O’s Queensland Rugby League ambassador Meg Ward, who is also ‘out and proud’, will be part of the amazing onboard line-up. 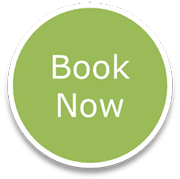